Yet again a multi day update, apologies all!

It has been like Christmas with lots of kit arriving this week including a couple of key components of the studio.

We are missing a couple of photos at the moment so please forgive the wall of text and I will update it when we take some more.

Actually scratch that here is a picture that tells a thousand words! 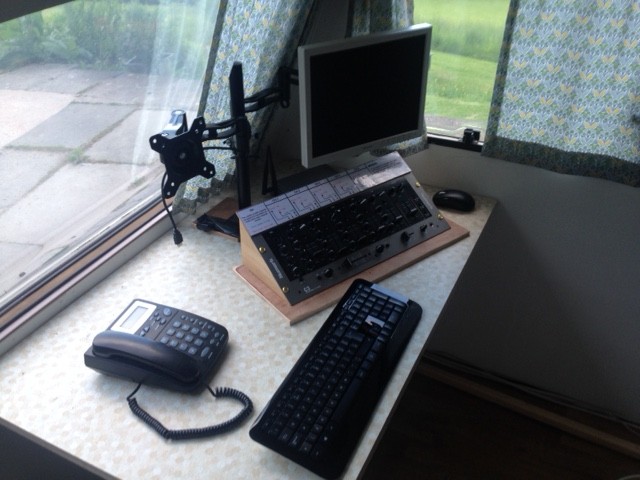 This beast is the Uninterruptible Power System,  or in plain English it is a clever box with some big batteries inside it.  It has two key functions :

The downside to this awesomeness is that it is quite heavy and what you can’t see is a lot of very sturdy framework holding it in place but we are really pleased with how utterly rock solid the mountings are.

Oh we also have a socking big full band 3G/4G antenna on a mast 🙂  Put it this way if we are not getting a signal, nobody is getting a signal 🙂  (Will post pictures later).

On a personal note I would like to put in that I am used to working to tight budgets but you wouldn’t believe the amount of time we have spent on trying to get the right equipment at the best possible price.  In other news I don’t want to ever look at a website about conduit/cable trunking ever again.